Aquinnah’s 4th birthday party was held at Weltevreden Wine Estate. The theme of the party was Frozen. Little Aquinnah looked like a real princess in the dress her grandmother made for her. If you asked Aquinnah if she is a princess she would just roll her big brown eyes, put her arms in her side and say. ” Oh no! I am Queen Anna!” She was not really into taking photo’s and she would not pose with anyone so I had to run around and make good use of my zoom lens.

Thank you for stopping by my blog.

Maresa turned 13 and her wish was to have a Halloween themed party. I must say they did a awesome job with the decor and the kids did go all out with their costumes.

I first met Maresa when she was still a little girl now just look at this lady.

It was a great honor to capture her 40th birthday. Sunel has a heart of gold and she deserved to be treated like a queen.

The Decor was breathtaking the atmosphere were romantic and the food was outstanding. Sunel’s closets friends each gave her a broach and they pinned it on a material flower bouquet.  Something very special I think. After Sunel made her speech she sang a song for her husband and he stood up and went and sit on the floor in front of her with the kids and they listened to her. Afterwards she came and hug her family. It was such a special and tear jerking moment… Well this softy cried…

Thank you for stopping by my blog. Please visit my events page for more photo’s of Sunel’s 40th

Little Master Thomas turned 4 end of August. His party was held at Bugz Playground situated at Cape Garden Center in Joostenbergvlakte. It was raining cats and dogs the day of his party so they had to stay indoors. Must say time surely flown by must be all the children running around. I could not keep track of who belongs at what party so I played it safe and followed little Thomas around. He had a ball. Next year he will be a big brother…

My oldest  son Armand turned 13 on the 18 April. He decided on a sleepover party. I agreed to it but I was not part of the design of the invitations.

About a week before the party my friend who’s boy was also invited told me that she takes her hat off for me I have allot of guts having 11 boys over from the Friday 16:00 till the Saturday 17:00. Say what???  I called Armand and asked him about the times and he said yes he decided he wants his friends with him the whole day….  Well how bad can it be they will play games eat and drink, eat and drink………. Oh yes and take over my studio….

I decided that I need to lay down some rules for the boys so when they were all present I told them that if they make a mess they will clean it up before they go home the next afternoon.  We only had one accident when a bottle of cool drink fell over and spilled on the one mattress. They asked for a mop and they cleaned up the mess. Then they continued to play games.

Needless to say the aim was to play X-Box for 98% of the time. The boys who had extra remotes brought it with and if you were looking for the majority of the boys  you’ll find them in front of the TV and X Box.

Armand’s brother Lian and two of their mutual friends spend most of their time in front of the computer playing games there.

For supper we made Stokbrood with Sausage in it. The boys really enjoyed this. Only after supper I gave them their goody bags filled with sweets for the two day’s.

At about 3 o’clock Saturday morning I told the boys that  they must settle down… It took them about 15 minutes to fall asleep games must be very hard work…. 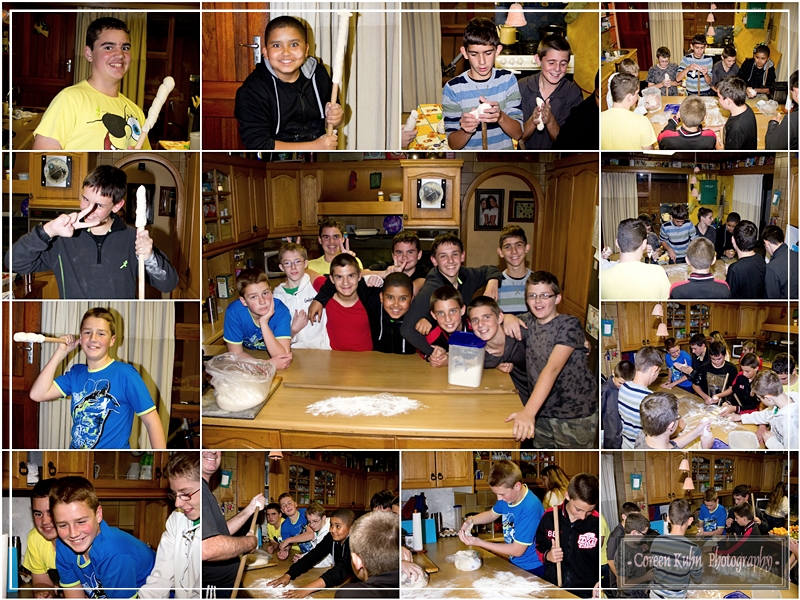 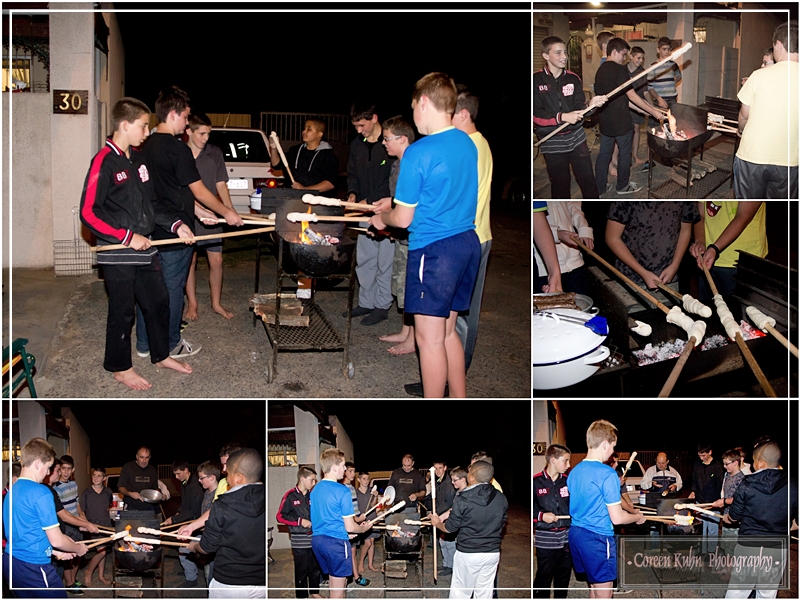 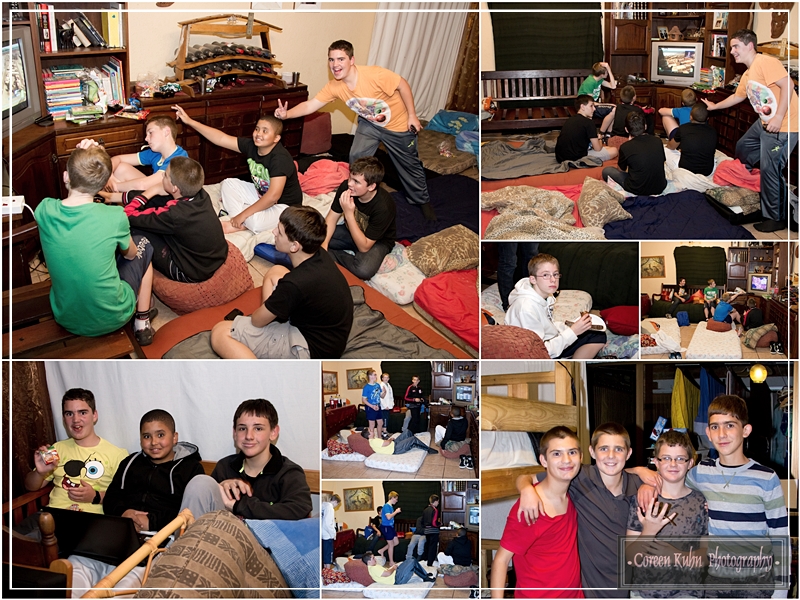 I made flapjacks for breakfast and could not fill up the bowl the boys ate and ate and ate and ate and ate….. At least I knew they had a good steady breakfast for their day of gaming… After all the tummies were filled up there were a few flapjacks left in the bowl.  Every time the boys came to throw in some cool drink they would take one. It did not take them long to polish the leftovers too. For lunch I made hotdogs and just before they left we cut the cake….

That evening around 8 o’clock a few mom’s send me messages firstly all the boys except mine was passed out by then and all of them enjoyed the 25 hour  sleepover party allot….

Now I have to prepare myself for next year. Lian is turning 13 and he wants the same 25 hour party……

This week I am catching up on some long overdue edit work.  I need to free up space on my computer hard drive.  On Today’s list was Little Thomas’s birthday party.

Thomas is my friends little boy and I was testing a new gadget I am using in my photo shoots. It took me nearly a year to finish his birthday photo’s. Maybe this is a good sign I always do my paying clients photo’s first so this means I was a very busy girl…

Here are a few collages of his Third Birthday Party….

What a lucky lady Mrs Geldenhuys are. The kids in her class decided to give her a surprise party. They cleared it with the headmaster of the school and send out emails to all the parents to inform us of the party. They asked me if I would come and take some photo’s at the party.  At first I could not make it for I had to meet another client the same time as the surprise party were held. As usual everything works out for the best and they had to move the party to later in the day.

We did have a plan B in place. Lian my youngest son who also want’s to become a photographer would then take the photo’s at the party. He was very sad when I told him that the party is being moved and I will be there to take the photo’s. He then asked me if he could use the back up camera and take a few photo’s. My answer of course was yes. I do believe to encourage my children to pursue their dreams and the more he practice the better he will get. Lian really had his job cut out for him the reason I say this is my Canon EOS 500D’s shutter button is not working 100% and needs to be fixed. At this stage I only use it to capture still objects because it does not always focus when you press it halfway. I mostly use it with my 50mm lens and in Manual mode.

Here are some of the photo’s taken at the Surprise party and I also included some of Lian’s photo’s.

One of the boys in Lian’s class baked and decorated his teachers cake. WOW I hope he want’s to become a baker or a chef because the cake was divine.

The following photo’s was taken by Lian. It was his “job” to capture the kids while I concentrate on Mrs Geldenhuys. 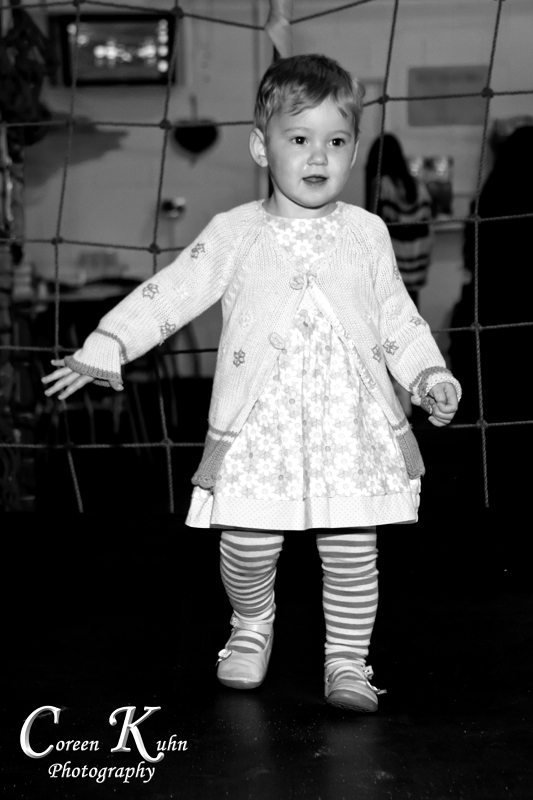 Having fun on the trampoline at Thomas’s party…

Today was Aquinnah’s second Birthday Party. It was a pleasure capturing this little princess….

Yesterday I could not wait for me and my “boyfriend” to get to work at Thomas’s party. He turned 3 on 31 August and had his party at Kidz Playzone in Durbanville. For those of you that are not familiar with my ” boyfriend” I refer to my camera.