“The future is completely open and we are writing it moment by moment.”

Motivation is what gets you started.

Habit is what keeps you going….

Since last year I had to do 5 sim swops and everytime it costs money. The first sim swop was in September 2012, the second one in November 2012, the third one in February 2013, the fourth in May 2013 and yesterday I went for number 5.

I won’t be naming my service provider in this post, but believe me if this happens again I will not hesitate to do so.

Last year with the first sim swop I went to directly to my service provider with the problem. I was then told that because I took out the contract at a franchise I must sort it out with them. So from then on I went directly to the franchise. The first time we thought it was just a faulty simcard but after card number 3 it was not funny anymore. Everytime that I need my internet real urgent the simcard won’t work.

Yesterday I was in pain and I was mega frustrated because of the lack of internet. I told the man at the franchise that this is not exceptable and I am not paying for another simcard and I also wanted to know why my statements are still being posted I asked them in November 2012, February 2013 and in May 2013 to please send it via email. His answer to me was he cannot change it to an electronic statement. He also told me that I have to pay for the simswop. I nearly lost my cool but I took a deep breath and then I told him in a very polite voice I will not pay that simcard is only one month old. He then told me that I must take it ip with my service provider he cannot help me.

When I got to my service provider the man who helped me was in total shock when I told him about my dilemma with the simcards and the statements. He asked me where did I take out my contract and that the franchise is suppose to sort out the problem.Then I told him that the franchise who wrote the contract send me to them and that they said they can’t help me, his jaw dropped and he just shook his head and said they are fast to write the contract but aftersales service is non existent.

The friendly assistent then went to the back and when he came out he showed me to a cubicle and asked me a few questions then he did the simswop for free and told me if it happens again I must come straight to him. He also arranged that I get my statements electronically from now on.

For the last few weeks I have had allot of problems with my internet connection and it takes me twice as long to do a post. I am posting this one from my tablet. I do hope my internet problems are solved now. I was totally lost with my lack of internet connection, I could not post any photo’s, I could not read my fellow bloggers blogs and this was very bad. Normally at night I climb into bed with my tablet and read blogposts and like or leave comments.

“Do what makes you happy, and forget the things that make you sad.” 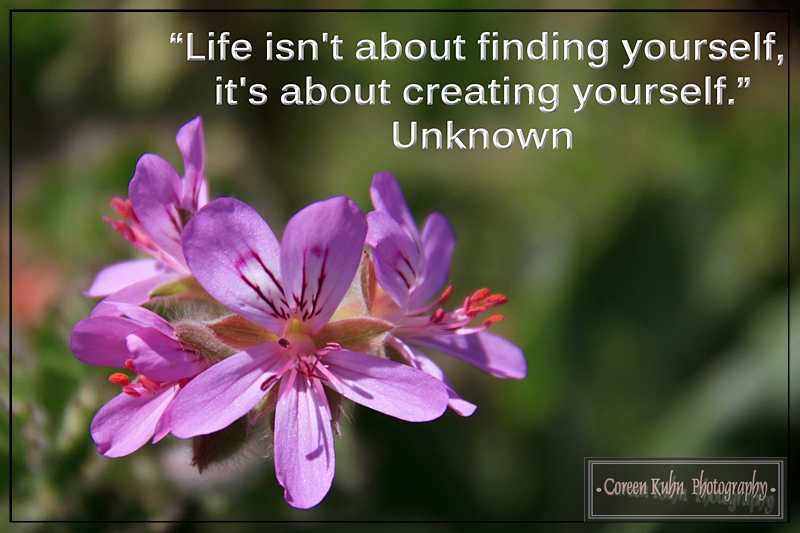 “Do not follow where the path may lead. Go instead where there is no path and leave a trail.”

Ruby is growing up to fast. Her latest is to snoop on the kitchen counters and the stove. You can’t leave anything near the edge of the counters, tables and the stove. She also opens my Tupperware cupboard to get something to chew then takes it to her bed… She also knows when she did something wrong when I call her she runs and hide under our bed..  Just like a child…

She still wakes me at night to go outside and with it being winter here in South Africa it’s cold and wet. I am thinking of getting a litter box for her just for the night. During the day I don’t have a problem taking her outside.

Ruby loves water and when I take her outside she always end up playing in a puddle or two.  She loves being outside and when it’s not raining I try to play with her a bit. The best of all is I play fetch with her and then after the second time she disappears into the house and go throw the ball in her basket. Everything goes to her basket. She collects sticks, stones and leaves…

When I open the sliding door between our house and my parent’s Granny Flat Ruby slips out the gate and go visit my parents. The first time she slipped out I got a scare because she just disappeared and my son was riding his bike. My first thought was she slipped out and  ran off…. Then I heard my mom talking to her, what a relieve…

Here is some photo’s I took this morning of Ruby using my Canon EOS 7D with my Sigma 70 – 300mm 1:4-5.6 lens and my Manfrotto Monopod. I must say I am impressed with the photo’s. I get better quality action photo’s with this combination than with my Canon EFS 18-200mm 1:3.5-5.6 IS. Now I can see with my own eyes why photographers have more than one lens in their bags… I am building my lens collection but it takes time… Still looking around to see what my next buy would be. Thinking of an 85mm but will first ask a few wedding and portrait photographers before I buy any lenses. 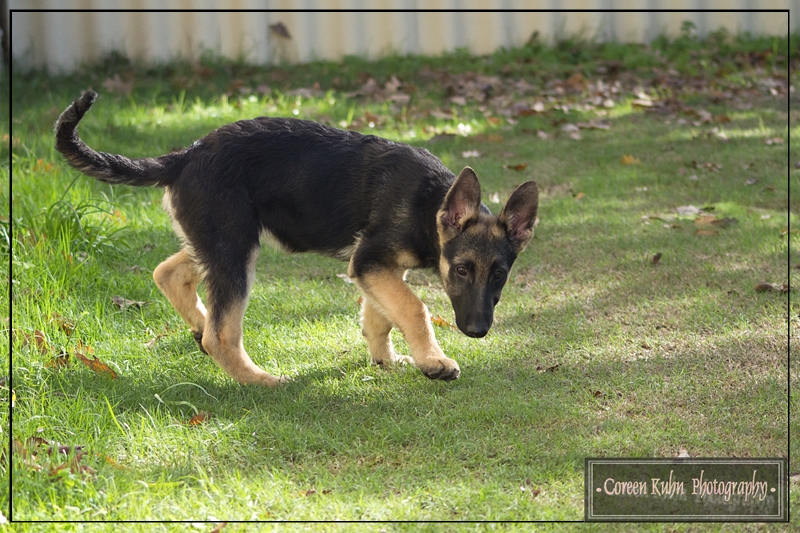 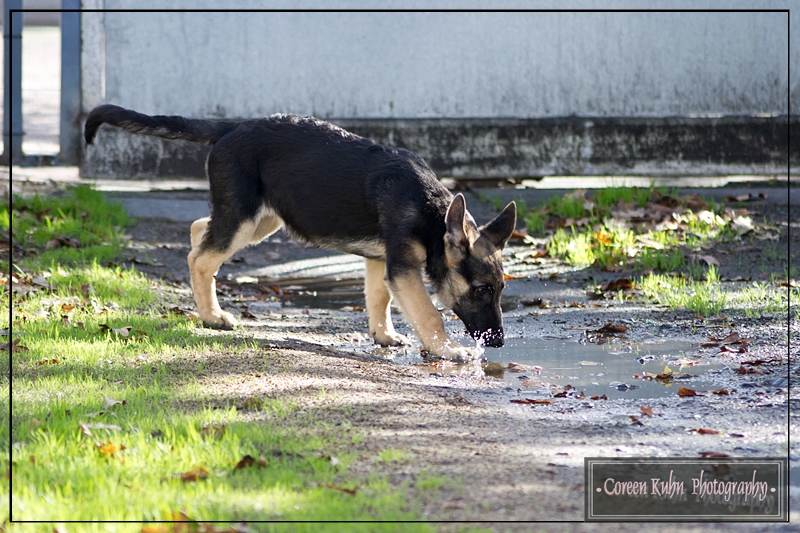 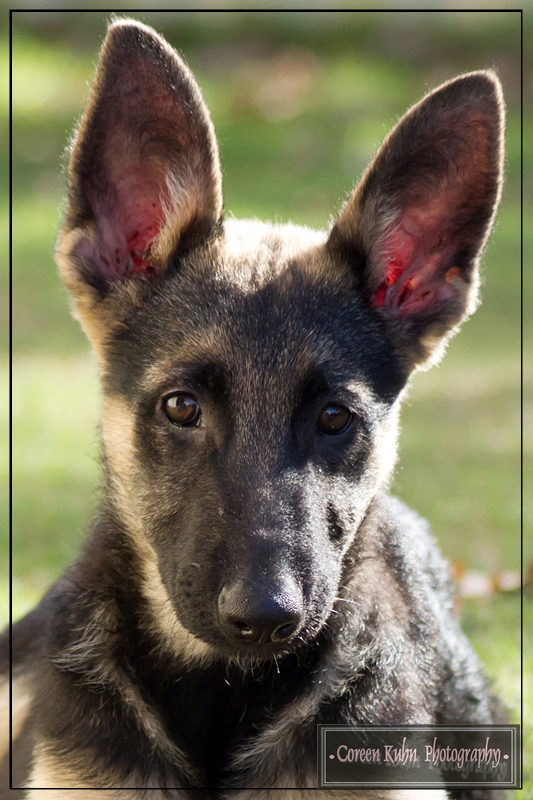 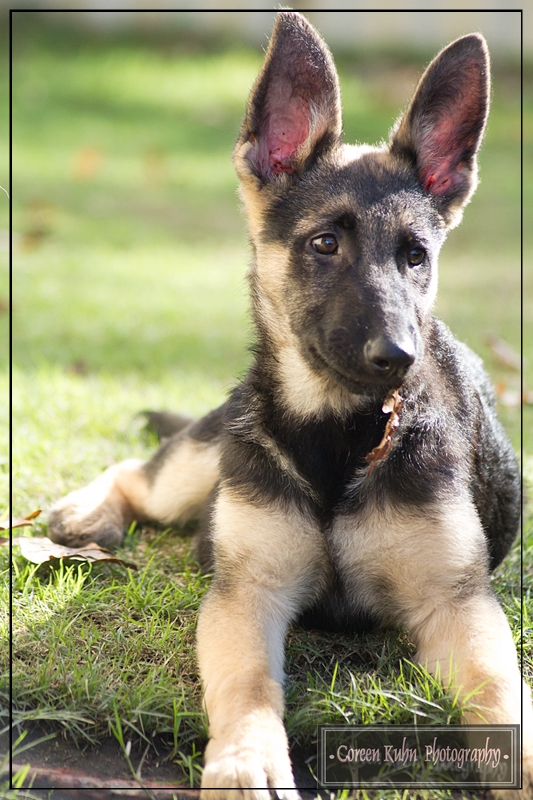 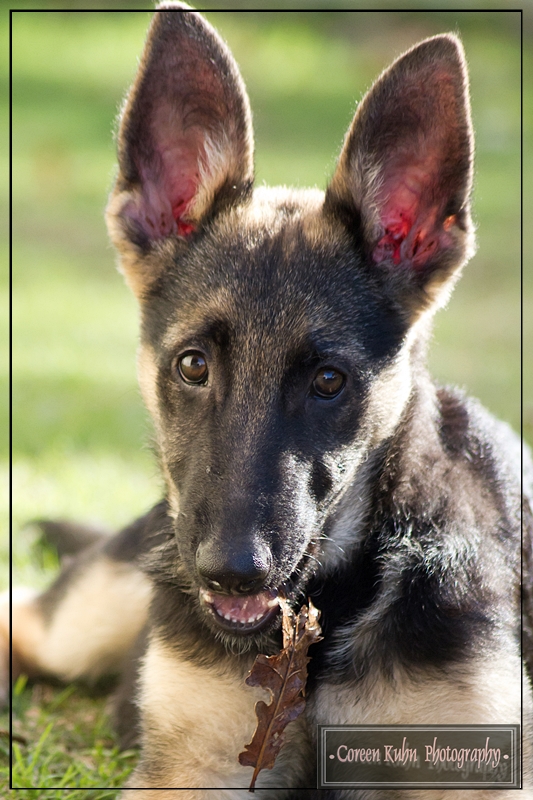 On 21 May 2013 I had the pleasure to capture Lise and Sean only 2 days before she was going to become a mommy and daddy. I could not believe how flexible Lise was and it really looked like she had fun with her shoot. She was smiling from ear to ear.

On 23 May 2013 Sean and Lise  were blessed with a beautiful baby girl Casey Madison.

SMILE, It will make you look better.

PRAY, it will keep you strong.

LOVE, it will make you enjoy life.